Just a girl trying to find her way, while reading books along the way.

Hello book lovers! We are already into the second month of 2018 which is unbelievable and quite stressful seeing as my April deadlines are officially fast approaching.

January was a decent reading month for me – I completed two books and got through half of another. I have to read five books for my Creative Writing course by April so that has been my priority lately though I do think that I might give myself a quick break seeing as I have almost completed three of the five.

In terms of what I have read this month, I made a new discovery. I LOVE true crime! I admit that I never paid much attention to it as nonfiction isn’t usually my thing but after picking up two of them as research for my crime based piece for my course, I am now obsessed. As a person who absolutely loves crime dramas, specifically Law and Order SVU and Mindhunter, being able to read books that give the same effect (sometimes even better) is an incredible discovery.

I did go over my “2 books a month” goal and bought nine books in January – so yes I should probably put myself on a book buying ban for the next three months… but we will see. So sadly I will have to hold back on getting any new true crime books for a bit but if any of you have recommendations, please comment below!

Now let’s get into what books I actually read this month:

“FBI Special Agent and expert in criminal profiling and behavioural science, John Douglas, is a man who has looked evil in the eye and made a vocation of understanding it. Now retired, Douglas can let us inside the FBI elite serial crime unit and into the disturbed minds of some of the most savage serial killers in the world. 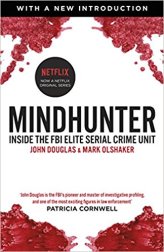 The man who was the inspiration for Special Agent Jack Crawford in The Silence of the Lambs and who lent the film’s makers his expertise explains how he invented and established the practice of criminal profiling; what it was like to submerge himself mentally in the world of serial killers to the point of ‘becoming’ both perpetrator and victim; and individual case histories including those of Jeffrey Dahmer, Charles Manson, Ted Bundy and the Atlanta child murders.

With the fierce page-turning power of a bestselling novel, yet terrifyingly true, Mindhunter is a true crime classic.” Goodreads

Mindhunter was the first book that I finished this year and boy does that make me happy! It was hands-down one of the best books that I have ever read – one that I will never forget and probably read multiple times in my life.

This was the true crime book that inspired the Netflix series Mindhunter, which I strongly recommend alongside this book. I plan on either writing or filming a comparison between the two next week but in terms of which one to do first, I personally watched the show first and believe that it made me enjoy the book even more.

As enjoyable as the show is, Douglas just makes it much more raw, eventful, captivating, and satisfying. He goes into depth with each one of his cases, even reflecting on it as he wrote the book in 1995, years after retirement. Unlike the show where I had to constantly research criminals, the book gave me just enough and I only feel the urge to research the ones that specifically intrigue me.

In terms of it being my first time reading a true crime novel, it has started an obsession for me and I am not complaining. This genre is exactly what I have been looking for and more – I just can’t stop raving about it and never fight the urge to check out the section now whenever I see a bookstore.

Carry On by Rainbow Rowell

“Simon Snow is the worst Chosen One who’s ever been chosen.

That’s what his roommate, Baz, says. And Baz might be evil and a vampire and a complete git, but he’s probably right. 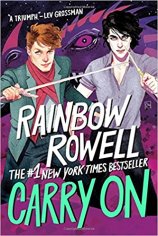 Half the time, Simon can’t even make his wand work, and the other half, he starts something on fire. His mentor’s avoiding him, his girlfriend broke up with him, and there’s a magic-eating monster running around, wearing Simon’s face. Baz would be having a field day with all this, if he were here — it’s their last year at the Watford School of Magicks, and Simon’s infuriating nemesis didn’t even bother to show up.

Carry On – The Rise and Fall of Simon Snow is a ghost story, a love story and a mystery. It has just as much kissing and talking as you’d expect from a Rainbow Rowell story – but far, far more monsters.” Goodreads

Carry On was the book that I actually started my year with but sadly couldn’t fly through it as much as I would have liked to, due to having to read Mindhunter in a weeks time for a book presentation. However, it was still absolutely amazing and definitely my favourite Rowell book. I am planning on writing a review for it next week so I won’t go too in-depth on it yet but just trust me when I say please read Fangirl so that you can read this one.

As a person who absolutely loves Harry Potter, the idea of a properly published fan fiction of it sounded amazing. Yes I did get a bit confused at first because there are A LOT of differences but I found that if you just ignore the different characters and events, and rather just look at the atmosphere and the world they live in, it’s just as magical. Would I say that it is as good as the Harry Potter series? Of course not! But as a reader who loves Rainbow Rowell’s work, I can definitely say that this is a must read and her best.

The Red Parts by Maggie Nelson

“In 1969, Jane Mixer, a first-year law student at the University of Michigan, posted a note on a student noticeboard to share a lift back to her hometown of Muskegon for spring break. She never made it: she was brutally murdered, her body found a few miles from campus the following day.

The Red Parts is Maggie Nelson’s singular account of her aunt Jane’s death, and the trial that took place some 35 years afterward. Officially unsolved for decades, the case was reopened in 2004 after a DNA match identified a new suspect, who would soon be arrested and tried. In 2005, Nelson found herself attending the trial, and reflecting with fresh urgency on our relentless obsession with violence, particularly against women.

Resurrecting her interior world during the trial – in all its horror, grief, obsession, recklessness, scepticism and downright confusion – Maggie Nelson has produced a work of profound integrity and, in its subtle indeterminacy, deadly moral precision.” Goodreads

I came across this true crime novel at a Foyles in London a few weeks ago and boy am I thankful that I grabbed it. I hadn’t heard anything about it before so it was certainly an impulse buy but it turned out to be exactly what I had been looking for for my course reading.

The author writes so naturally while also poetically, thanks to her being a poet, so having the two combined when discussing such a rough topic was amazing. It was a really quick read for me thanks to it being both short and enjoyable.

Seeing as I just finished it on the first of February, I will save my opinion on it for my review that will be up soon and then my monthly wrap-up. I truly did love it though and highly recommend it for anyone who enjoys true crime!

And that is it guys! I hope that you all had a lovely reading month too and I’ll be back with my February TBR shortly! Until next time. x

7 thoughts on “Started The Year Off Strong” 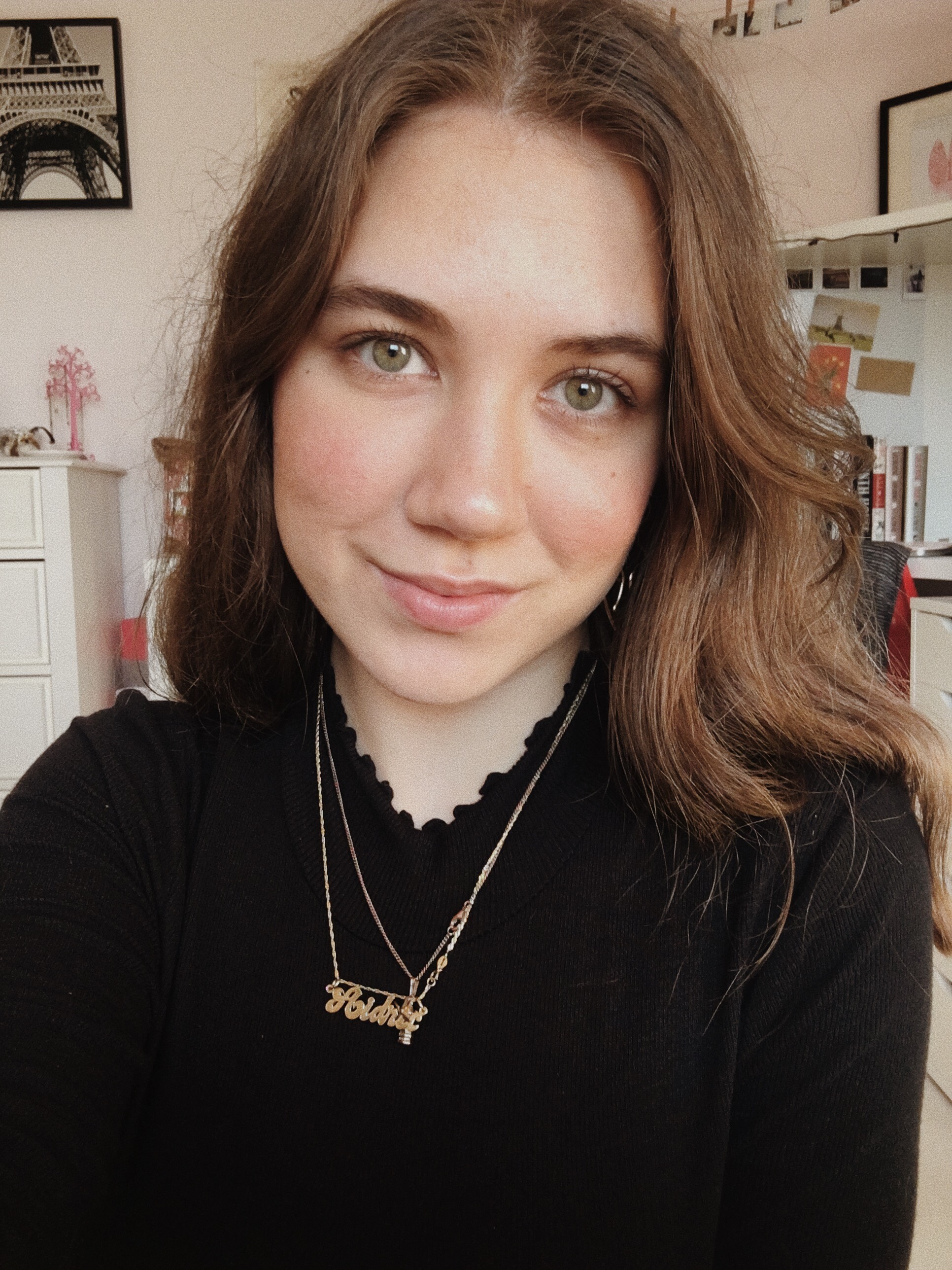 My name is Athena and welcome to my little corner of the web where I ramble about books and life. I hope you enjoy your time here and return soon! xx

What I’ve Been Reading